Although variable-rate mortgages can be advantageous in some situations, whether one’s right for you will really depend on your attitude to risk.

That’s because variable-rate mortgages - whether a standard variable rate (SVR) or a tracker product - can change at any time.

If you’re risk averse and want to be sure you’ll know exactly what your monthly payments are for a set period of time, you’re likely to be more comfortable with a fixed-rate mortgage.

There are two distinct types of variable-rate mortgages, with some important differences in how they work.

Variable rate mortgages may have other names - such as discount rate - with additional features, but they will still fall into one of the two following categories.

Tracker mortgages track the Bank of England (BoE) base rate - if the BoE base rate increases by 1%, your mortgage interest rate will increase by 1%. If the BoE rate decreases, so does your mortgage rate.

Tracker deals usually apply for a set length of time, with two-year trackers being especially common - after the tracker deal ends, you’ll usually be moved onto your lender’s standard variable rate. 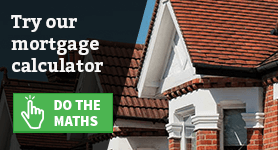 Tracker mortgages often have early repayment charges, which means you’ll have to pay if you want to get out of the deal and switch to another product before the tracker period ends.

It’s important to bear this in mind, because, if interest rates increase, you could end up unable to exit your deal, despite costs increasing.

If flexibility is important to you, look for a tracker mortgage with no, or low, early repayment charges.

Standard variable rates (SVRs) follow the bank’s own interest rate, rather than the BoE base rate. Usually lenders will change their SVR in line with the base rate, but they don’t have to.

Technically this means that, if you’re on an SVR, your interest rate could change at any time, at the whim of the lender.

You’ll usually be moved onto the lender’s SVR when your introductory tracker-rate or fixed-rate mortgage deal ends, unless you arrange to remortgage instead. SVR mortgages don’t usually have any early repayment charges though, so you should be free to remortgage at any time without penalty.

Although variable-rate mortgages will be either a tracker or an SVR, your choices don't end here. There are some other features and sub-types of variable mortgages to be aware of.

Lifetime trackers follow the BoE base rate like any other tracker mortgage, but they last for the entire duration of the mortgage.

Some variable-rate mortgages have collars and/or caps that limit how much the interest rate can change.

Mortgage caps protect the borrower from the interest rate going too high. A maximum interest rate is set, above which the rate you pay cannot rise.

Because of the uncertain nature of variable-rate mortgages, you may find that tracker deals have lower interest rates and fees than fixed-rate deals of the same length.

When this is the case, you might choose to pay slightly more in interest to secure a fixed rate that gives you the certainty that your payments will remain the same for some time.

Another advantage of variable-rate mortgages is that they sometimes have fewer restrictions on switching than fixed products – for instance, some will have low or no early repayment fees and may allow higher overpayments.

This isn’t always the case though, so if you’re choosing a tracker mortgage for more flexibility, make sure you check the terms and conditions before you commit. If you're unsure, a mortgage adviser can help you find the right product with the flexibility you need.[1]

Of course, most SVR mortgages won’t have early repayment charges, so you’ll be able to switch or overpay, but if you’ve moved onto your lender’s SVR the rate may not be competitive – shop around to see if you could switch to a better deal.

With a tracker rate, if interest rates fall, your monthly payments will fall. In fact, some variable-rate mortgagors found themselves paying no interest at all when the base rate tumbled from 4.5% to 0.5% in just six months between October 2008 and March 2009.

The main disadvantage of a variable-rate mortgage is the uncertainty – if interest rates rise, your monthly payments will increase.

This could be particularly difficult if you’re locked into a tracker with early repayment charges, as you could find that your repayments become unaffordable, but switching products is also very costly.

Before locking into a variable-rate mortgage - whether a discount or tracker product - you need to carefully consider how an interest rate increase will affect you.

For instance, if you’ve got a 25-year mortgage with a 2% variable interest rate, a rate increase of just 1% will add about £111 to your monthly payments.