Paying the price to fuel the nation

Petrol prices have become a painful talking point for many UK drivers. As costs rise across all sectors of society, fuel is one of the areas seeing the most dramatic increases. We’ve taken a look at how this is impacting motorists and what can be done to counter it. 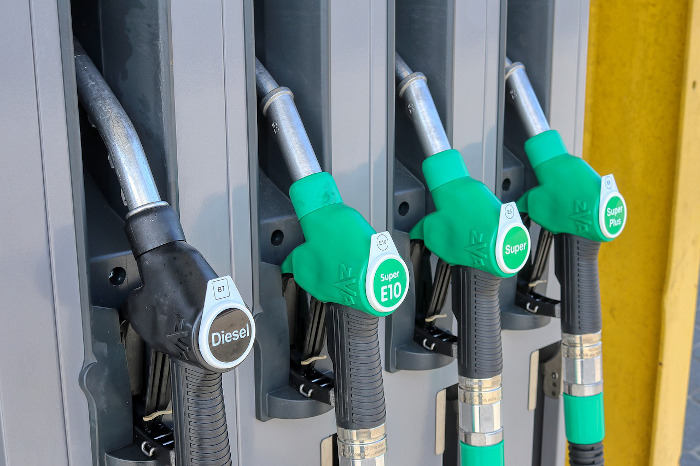 Fuel continues to dominate headlines as one of the key adversities facing consumers this year. Alongside interest rates and other rising costs, fuel has rocketed in price, leaving drivers with fewer miles for their money.

Whether it’s the school run, the weekly shop or simply getting from A to B, our cars play an integral part in our lives. As fuel costs rise above many of our budgets, it’s time to take a look at just how much has changed over the last year and what we, as consumers, can do about it.

What does the introduction of E10 fuel mean for the consumer?

E10 fuel was made the standard fuel type in September 2021. This was done to help minimise the impact of driving on the environment, as E10 contains 10% bioethanol, which is a sustainable alternative to fossil fuels.

However, the government-mandated rollout was not without controversy, as the fuel’s costs have been passed on to the consumer. We’ve broken down what these costs are and who will be paying the most for them.[1]

Getting fewer miles for your money

According to government calculations, the cost of switching to E10 petrol comes to a total of £927m, the bulk of which (£701m worth) comes from fuelling consumers. This cost is attributed to E10 being less efficient than E5 (by 2.3%), meaning consumers have to put more in their engines to go the same number of miles. As E10 doesn’t come at a reduced cost, customers are having to pay more to fuel their vehicles.

However, the rapid rise in petrol prices in recent times means that the true cost is even more than this. In fact, with the increased prices taken into account, the lowered efficiency of E10 fuel will cost motorists a total of over £1.7bn in its first year of introduction.[2] This equates to hundreds of pounds per driver.

Last year, drivers put an average of £866.35 worth of E5 in their tanks, but to drive the same number of miles this year on E10, they will have to spend £1,168.39. This represents a staggering increase of £302.04 per year, owing in part to the new standard fuel being less efficient.

Owners of older cars are paying the price

Customers driving classic cars, or other vehicles incompatible with E10, were also liable to extra costs - estimated by the government to be £169m[1]. This is because E5 petrol became a ‘premium-grade’ fuel with a higher price tag.

We spoke to classic car enthusiast Steve Waddingham regarding his opinion of E10 fuel, who said the new fuel can cause issues for those who regularly drive older cars: “The extra expense of running cars on the more premium E5 can be a real issue for people that use older cars on a daily basis... some of these cars are not that old – maybe only 20 years or so.

“The flip side to the argument is that as a hobby vehicle, the extra expense isn’t too much of a problem and an owner will shrug it off as part of the cost of having an extra car. I believe the average mileage for UK classic car owners is less than 3,000 miles a year, so for those motorists, it's not such a big deal, although that depends on the size of the car.”

“I believe that forcing older cars off the road and enticing people to trade into a new car does more harm to the environment. The energy and carbon footprint of making a new car does more upfront damage than allowing the driver of an older car to keep using it as a mode of transport.”

Moving away from fossil fuels: Will E10 help the environment?

The main advantage of E10 is considered to be its environmental benefits. The uptake of the new fuel is set to massively reduce greenhouse gas emissions, although it’s worth noting that this won’t be immediately noticeable. This is because, as stated by a government source: “ethanol is expected to displace waste-derived biodiesel, which has higher greenhouse gas savings.”[1]

Implementing E10 should eventually reduce emissions equal to the amount of taking 350,000 cars off the road, but it’s also likely that there will be no difference in air quality as a result of its uptake.

On the 23 of March, the government announced a 5p tax cut on each litre of fuel, designed to combat the rising costs. Yet, many are questioning if this will be enough to counteract these financial issues, due to rises in tax, inflation and the cost of everyday items.

Petrol-engine drivers will be spending an additional £17.6bn on petrol this year if it remains at the cost it’s at now - further price rises could see this number increase even more. Meanwhile, drivers of diesel vehicles are projected to pay an extra £12.3bn this year due to the rising costs.

For those who use their car for long journeys, the price difference will certainly be noticeable. Driving from London to Glasgow, a distance of 414.9 miles, would have cost £45.97 in petrol last year. This year, the figure has increased by a staggering £11.14, with a new petrol cost of £57.11.[3]

How do drivers decide where to fill up their engines?

In order to understand consumer behaviour when it comes to purchasing fuel, we asked UK drivers about their habits when at the petrol station.[4]

When choosing where to get their petrol, price was the most agreed upon factor, with 77% of respondents saying that low costs would encourage them to purchase fuel from a specific supplier. When it came to how this was enacted in terms of purchase, however, only 10% researched where they can find the cheapest fuel.

In fact, the majority of consumers weren’t motivated to purchase their fuel from anywhere in particular, with 30% relying on the closest supplier and a further 29% admitting to having no pattern to how they purchase fuel. Relying on the closest supplier can occasionally be the cheapest way to purchase fuel, as you can sometimes burn the amount of money you save driving to a cheaper supplier.

Many motorists (17%) simply purchase their fuel from the same place where they buy their groceries. This is often motivated by loyalty schemes that allow them to accumulate points by filling up. A number of drivers (14%) also buy fuel from their chosen supermarket because of the reputation of the brand. Tesco was the favourite supplier, with 25% of shoppers naming it their preferred brand.

Drivers all seemed to follow different methods when refuelling their engines, with no particular method being favoured by a majority. Only 15% fill their tank fully at a planned time, whereas 26% were prompted by the petrol light illuminating on their dashboard. Although filling your tank to the brim may feel like the most sensible option, it can work out to be inefficient, as you use more fuel when carrying the weight of a full tank.

How can drivers save money when filling up?

Although prices are on the rise, there are ways to help you minimise your fuel expenses. Now, with the help of the internet, it is much easier to find cheap fuel. The difference in cost can also mean a big saving, with petrol stations and supermarkets within metres of each other offering different prices.

If you want to work out how much it will cost you to drive to your cheapest fuel supplier, we’ve got a couple of handy tools to help you. You can find the five cheapest fuel suppliers close to you with our fuel price checker, but remember not to check this while driving. Additionally, you can calculate the fuel costs of travelling any journey/distance using our fuel cost calculator. This also provides advice on how you can adjust your driving style to minimise the amount of fuel you use.

[1]Information on E10 fuel throughout this section has been taken from the government’s proposal for a mandated rollout. A downloadable PDF of the full data can be found on the government’s website.

[2] To calculate the cost of E10 to the customer, we reviewed our internal data to get the average annual mileage of 8,000 miles. Using the RAC’s average MPG, we then worked out the average annual cost of fuel each year based on the average fuel costs for March 2021, then comparing this with the average fuel costs for March 2022 [accessed 24 March 2022]. To determine the impact of E10, we factored in a decreased efficiency of 2.3% as projected by the government and multiplied the difference in cost by 58.9m (the number of registered petrol cars in the UK, according to government statistics).

[3] Using average petrol prices for last year and the average MPG, the cost of the number of miles was divided by the miles per gallon and then multiplied by gallon cost. To work out this year's journey costs we used our fuel cost calculator.

[4] To collect data used in this report, we surveyed 2,000 UK drivers via YouGov. The survey ran on 16 March 2022 and all respondents were selected at random.