Happiness is an MOT passing car

The yearly MOT can be a cause for concern for safety-conscious drivers, but is there any car that is known to pass with flying colours? We’ve taken a look at the top performers and failures in the automotive industry. Where does your car feature? 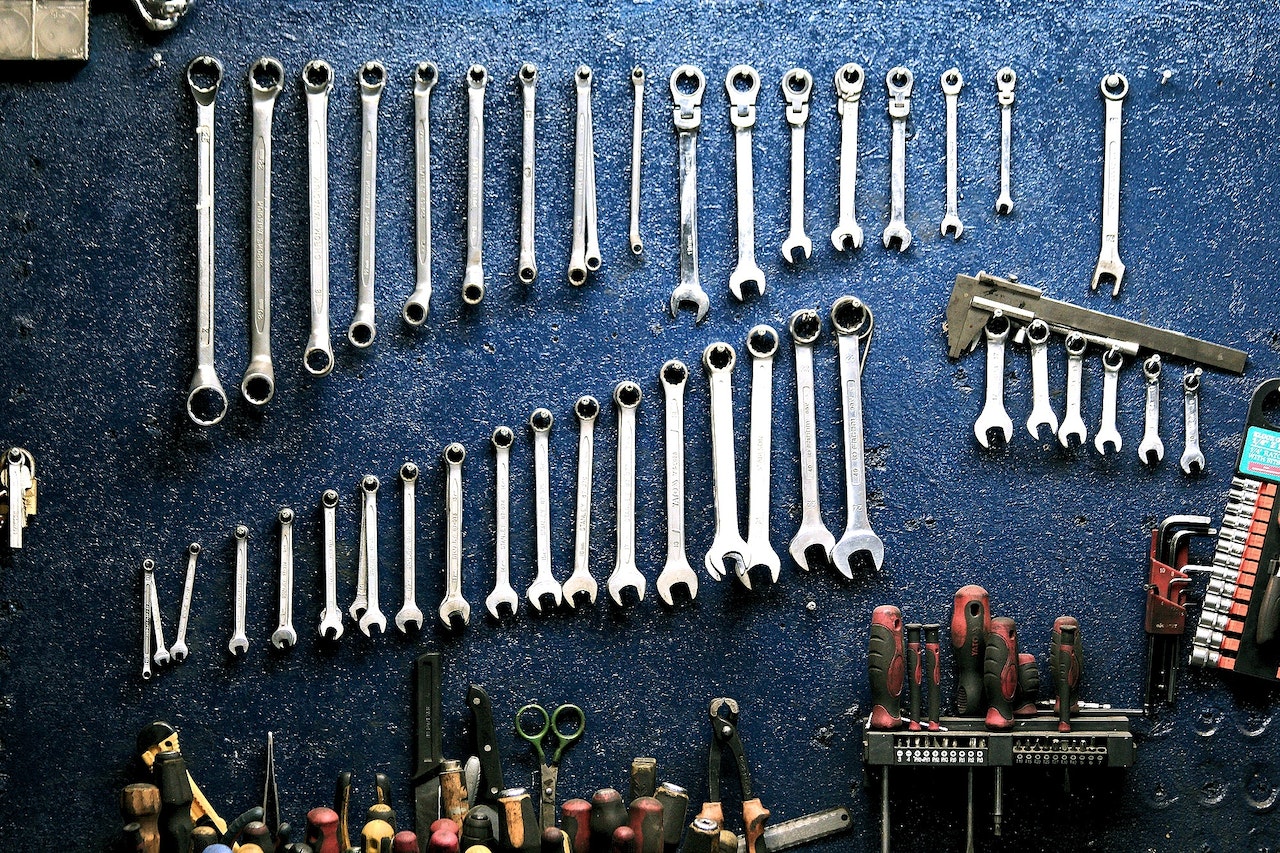 Across the nation, drivers have a unique bond with their cars. Whether it’s a reliable number to get you from A to B, a collector's item that’s on the receiving end of endless love and care, a first runaround, or a rust bucket that you start with your fingers crossed – they are all subject to a yearly MOT to keep them safe and road-legal.

But is there any way to avoid the worry that comes with your car’s annual test? We’ve reviewed the UK’s vehicle pass rate history to find out which makes and models pass easily and which are more likely to fail.

Not sure when your MOT is due? Use our handy MOT checker to find the date of your next test so you don’t get caught out. Driving without an up-to-date MOT means your car insurance won’t be valid, and you can face a fine of up to £1000.

While the Tifosi will be proud to see Ferrari as the manufacturer with the top pass rate, the average driver may not consider this luxury brand a sensible choice for their primary vehicle. Although there is no doubt that Ferrari creates fantastic cars, they aren’t exactly budget-friendly with used models selling for between £168,950 and £267,950 on average.[2]

It is also worth noting that owners of cars which sell for the price of houses are perhaps more likely to focus on the maintenance and upkeep of their vehicles, so Ferrari’s high pass rate may not only be a reflection of the manufacturing quality.

Some more affordable brands did make it into the top ten, however. While the first five are a mixture of super and luxury car manufacturers, Dacia – boasting the 6th highest pass rate – offers significantly cheaper vehicles. Dacia cars have an average price tag of between £8,000 - £13,000.[2] The Dacia Sandero even made headlines in 2020 when it became the cheapest new car available in the UK at the time.[3]

Likewise, Skoda and Suzuki produce affordable models for drivers. Although BMW, Audi and Lexus are known for slightly more upmarket vehicles, they also offer practical cars that may suit a lower budget. Meanwhile, German cars live up to their reliable reputation, with three Deutsche manufacturers appearing in the list.

Chrysler topping the list for worst pass rate may come as a surprise, as this manufacturer’s cars are not common fixtures on UK roads. In 2015, Chrysler announced they were pulling out of the UK market and the number of their vehicles on British roads has since dwindled. This may factor into why they are less likely to pass an MOT, as more of the cars being tested will be older models. Plus, parts may be harder to source due to a lack of demand, making repairs and maintenance more difficult.

Likewise, Japanese manufacturer Daihatsu has ceased sales in Europe, which could provide the same difficulties. Saab, a Swedish car manufacturer, is now defunct which again may explain its positioning in the bottom ten for MOT pass rate.

However, popular makes that are available in the UK such as Peugeot, Vauxhall and Fiat also appeared in the bottom ten. With so many of these cars in circulation in Britain, it begs the question: why are they more likely to fail their MOT than other manufacturers?

The VW T-Roc had the highest MOT pass rate

Considering the makes and models of cars across the UK, the vehicle that failed the least MOTs was the VW T-Roc. This car had the highest pass rate at 95%, making it seem an attractive choice when it comes to this safety-based reliability test.


Other vehicles with the best MOT pass rates include the Audi Q2 and two Vauxhall models – all placing in the top five cars. The average pass rate in the UK was 80%, meaning these vehicles far exceed the national average pass rate.

The Peugeot 307 had the lowest MOT pass rate

Living up to many of the jokes about French cars in the auto market, the Peugeot 307 was the most likely to fail an MOT with a huge 31% of these vehicles failing the test in the last year. Overall, Peugeot models had a sum failure rate of 21%, slightly higher than the average failure rate of 19%.

The Ford Focus C-Max also found itself in the worst five cars for MOT pass rate. Two Vauxhall models made the list too, despite two of this make of car also placing in the top five, showing that there isn’t always consistency among manufacturers.

The Peugeot 307 was sold on the UK market from 2001 to 2007, so any that remain on the road will be at least 15 years old, which may account for some of this model’s MOT failures. In fact, many of the cars with the worst pass rate were at peak manufacture in the ‘00s.

Vehicles that were first used in the 2000s had the lowest pass rate when compared to all other decades since the 1930s. Cars from this decade had a failure rate of 26%, indicating that the age of the car could play a large part in whether it will pass or fail its MOT.

While the assumption might be that all older models are more likely to fail the test, the data shows that this is not always the case. Cars still in circulation that predate the millennium are likely to have been treated with extra care to keep them running, while many others of that age have since been taken off the roads.

The curse of King Midas

While a gold car might look slick on the streets, vehicles sporting this shade were the least likely to pass an MOT, with a failure rate of a whopping 22%. At the other end of the spectrum, the less glamorous cream-coloured cars had the highest pass rate, as only 15% of cream cars failed their MOT.

Although the colour of a vehicle is not going to directly impact your MOT result, it can be worth taking into consideration before you purchase. While you might be tempted to buy a car based on how you value the aesthetic, certain shades are easier to manage and maintain.

Despite not boasting the highest pass rate, mainstream colours such as silver, white and black have a broader appeal and will make resale easier. Silver cars also tend to look cleaner and make minor imperfections in the paint job less noticeable, which is a win for precarious parkers.

Is it worth buying a specific car to avoid MOT failure?

Although failing an MOT can be costly, it may not be worth orchestrating your next purchase on this factor alone. While it’s always sensible to consider the reliability of a car, as well as the extra costs that come with owning one, there are several important factors to think about before you buy.

Key areas where it’s possible to save money include a vehicle’s tax and insurance costs, as well as its MPG. You may also want to consider the mileage of the car and any previous issues. Fuel type also can factor into running costs, as diesel prices are currently significantly higher than petrol, and electric remains cheaper.[4]

How to avoid MOT failure

Our previous research has found that many MOT failures were actually avoidable if simple checks had been undertaken beforehand. A number of failed tests were caused by faults with tyres and visibility, as well as lamps, reflectors and electrical equipment. All of these issues can be spotted at home, but they made up almost half (46.6%) of the overall number of failed MOTs in 2020.[5]

Before you book your vehicle in for its annual review, use our MOT checklist to prepare yourself and avoid any costly failures that could have been rectified prior to testing.

[1]MOT data was taken from a randomly split sample of the Government records on test results from a sample of 3.6million records from 2021-22. This includes all MOT tests and outcomes, including make and model of vehicle, odometer reading and reasons for failure, since the MOT system was computerised in 2005. All statistics on this page relating to MOT pass and failure rates are sourced via this data unless otherwise stated.

[2]Average car prices were taken from Honest John. All data was correct at the time of writing.

[3]A report by Autocar details the price of the Dacia Sandero. All data was correct at the time of writing.

[4]Fuel costs were sourced from the AA fuel price report for October 2022. All data was correct at the time of writing.

[5]Failed MOT fault data was sourced from our previous research, conducted in 2021.