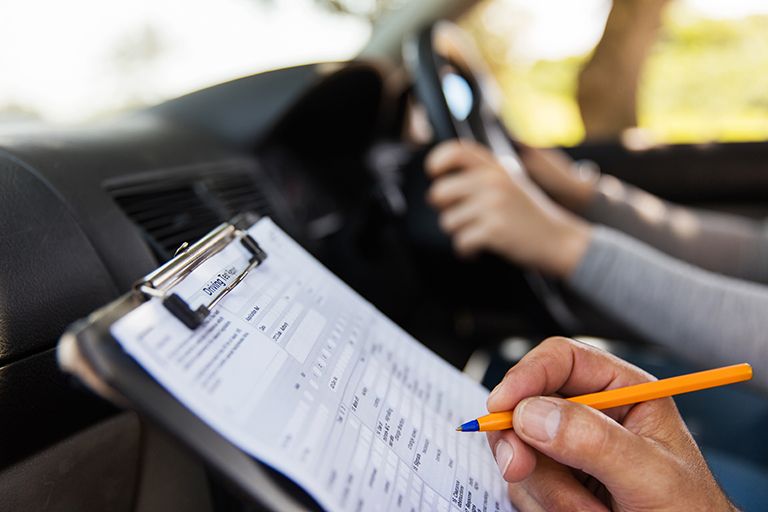 We did the research, and our cost of getting on the road guide revealed that, on average, it costs £647 to pass your test. But that’s only if you pass first-time around, and you still haven’t got wheels yet!

While some learner drivers can take off the L-plates after their first attempt, others need more experience and practise before passing, which can rack up costs.

But what if there was a way to maximise your chances of passing first-time around?

Ten most common reasons for failing a driving test

It’s pretty rare for someone to pass their driving test without picking up a few faults. But the problem is, those minor faults can add up, and result in a fail. It’s not just the serious or dangerous mistakes you could make that you need to worry about. Tot up 15 smaller mistakes, or make the same one three times, and you’ll fail. But which little mistakes do people make the most? 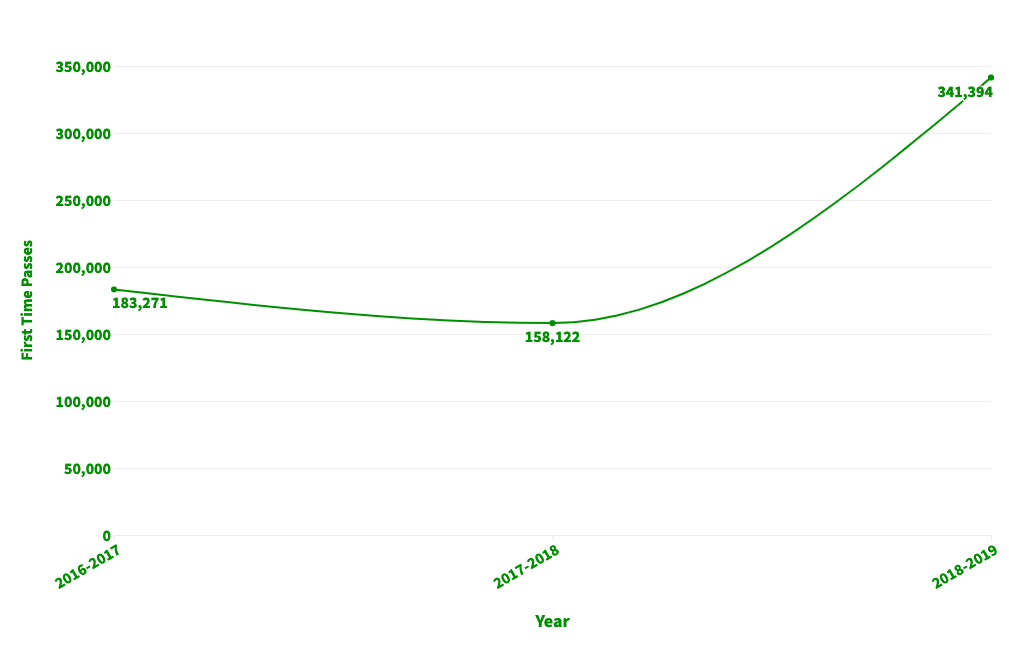 In December 2017, a number of changes were introduced to driving tests which corresponds with a 14% decrease in first-time pass rates from June 2017 to 2018.

Within a year of these new measures being introduced, there was a 116% increase in first rate passes. Suggesting that driving instructions reacted quickly to the new changes but that the adjustments had a positive effect on the test.

It looks like first-time pass rates are on the rise, so where are you most likely to pass first time?

According to our analysis Scotland, Wales, Northumberland and Yorkshire have the highest pass rates. Although the DVSA tries to maintain consistency across driving test centres, small towns can be easier to navigate. Fewer roundabouts, less congestion and fewer built-up areas mean you’re more likely to have a smoother driving test and therefore pass.

Llandrindod Wells in Wales has the highest pass rate in the UK at 76.3%, which means hill-starts and one-lane country roads may be your biggest worry.

There’s a clear trend, with first-timers passing at higher rates in countryside regions:74.5% of tests pass in Crieff, Perthshire and 66.4% in Malton Yorkshire.

Finding the more rural test centre in your area is likely to help - the difference in pass rate is over double the UK’s busiest cities.

The Pavillion in Birmingham had the lowest pass rate in the country at 29.3%. With a trend for the largest cities in the UK having lower pass rates but higher numbers of tests taken.

Due to their high rates of traffic, complicated roundabouts, one-way systems and dual carriageways it's easy to understand why it's harder to pass in Birmingham, London, Manchester and Liverpool than in rural Scotland.

With some of the largest cities in the UK holding the lowest first-time pass rates, it’s interesting to see that the driving test centres on the outskirts of cities, in more rural areas, haven’t seen an increase in tests. You’d think first-timers would book outside of the city, in less built-up areas, for an easier run at it.

Where in the UK’s largest city, London is the best place to take your test?

Best place to take a driving test in London: Based on pass rates 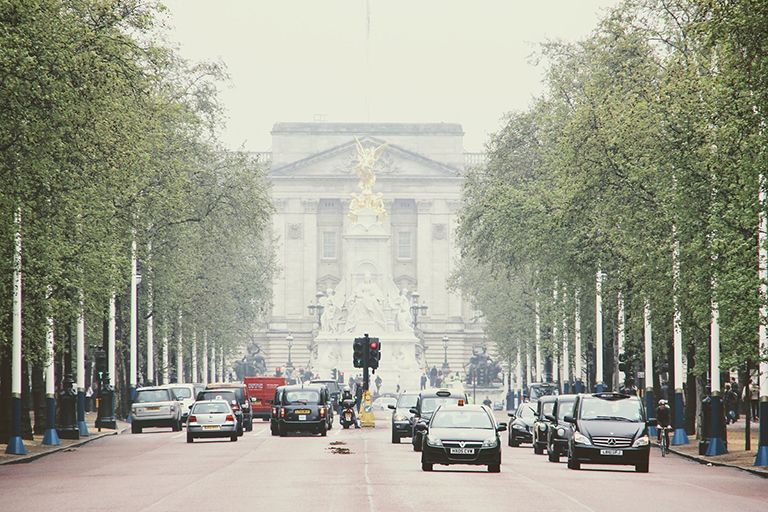 As the busiest city to book your driving test in, London is also one of the cities with the lowest pass rates. So where can Londoners go when they want more luck on their side?

Although on the other side of the M25, Brentwood driving test centre has the highest capital pass rate of 55% - there’s not many tests either, just 1259 a year.

Best place to take a driving test in Manchester: Based on pass rates

If you want better odds, then Hyde in Manchester might be a better choice. At 57.2%, it has the highest pass rate of the city.

It’s not just the pass rate you’ve got to contend with. Test centres get incredibly busy, making it hard to get a last-minute test appointment.

Your driving instructor will usually let you know when they think you’ll be ready to have a go at your practical test - advising you to pre-book in advance. But with some learners having to wait up to eight weeks for a test slot, if you’re in a hurry, which test centres should you avoid?

It’s not a huge surprise that London has the busiest test centres - there’s enough people living there. But the numbers are huge, with 11,253 tests taken at the Goodmayes test centre alone.

It’s not just London though. There were 5,694 tests taken in Manchester last year, and Norris Green in Liverpool totalled 5,246.

If you're looking to book your driving test quickly, find the quieter test centre in your region. Be as flexible as you can on times and dates too - it’ll increase your chances of getting booked in.

Due to their rural nature, the 10 quietest driving centres are all based in Scotland. From Ballater in Aberdeenshire with 100 tests a year to Stranraer in Inch with 168, throughout Scotland, you should be able to take your test quickly - providing you are ready for it.

And with their rural location you’d also get the added bonus of high pass rates of up to 74.5%.

Don’t underestimate rural driving though. Higher speeds, sharp turns and centred traffic all make it complicated too. But, the reduction of gridlock and roundabouts can’t be anything but helpful. 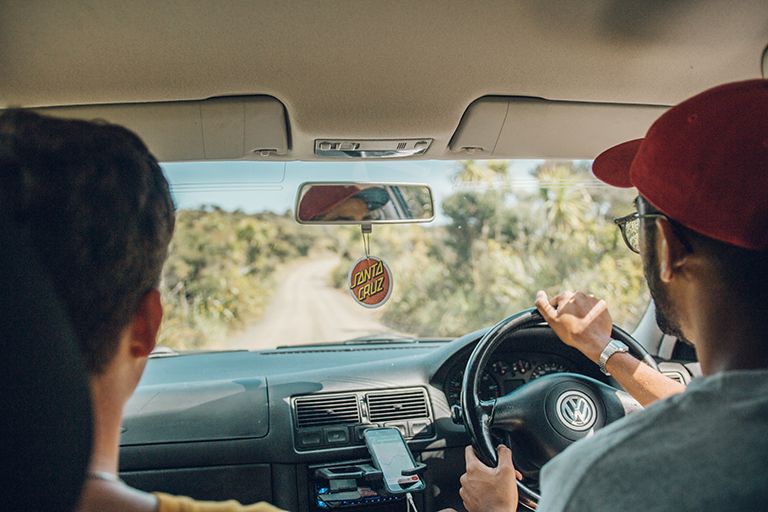 There's no sure fire way to make sure you pass your driving test the first time - all you can do is get plenty of practise, and study up. But here are a few tips to help you focus on the day:

1. Get an early night and be on time

Arriving late will only add unnecessary stress, get an early night and prepare for the day ahead. Aim to arrive at the driving test centre at least 20 minutes beforehand, with the correct documents, so you can prepare and focus on your test.

2. Use your instructor’s car

You’ll be far more familiar with it and at ease. Plus, for the ‘show me, tell me’ questions, it’ll be much easier if you know where all the controls are.

If you’ve been learning in your own car, or a family members, the same applies.

3. Do not assume you have failed

If you make a mistake, try not to focus on it. You’re allowed 15 minors before you fail your test. Dwelling on that mistake could knock your confidence and affect the rest of your driving test.

If you know you’ll struggle to let it go, try thinking of your test as just another driving lesson and focus on doing the best you know you can do.

4. Choose where to take your test and get to know the routes

You can choose where to take your test. You might think it’ll be easier to focus on the driving test centres with fewer roundabout routes and rural roads, but sometimes choosing a closer centre means you can practise the driving test routes more.

5. Learn to drive in a variety of conditions

The weather is uncontrollable, no matter what month you book your test in. So make sure you practise with your instructor in a variety of weather conditions, as well as when it’s dark, so you can become a confident driver in different situations.

One of the most common faults during a driving test is not checking your mirrors often enough and a lack of observation - especially when changing position and setting off. Make sure your examiner is aware that you’re checking your mirrors. If that means an exaggerated full neck swivel, do it.

You may think that your theory test is in the past, but it's an integral part of driving. From road signs and regulations, to questions from the examiner, you need to be confident about the Highway Code.

8. Don’t be distracted by what the examiner is writing

During your test, the examiner will have a results sheet which they'll write on. You may be tempted to try and look at this, but not only will you not be able to understand, it's also dangerous and distracting. Focus on your driving.

There’s no way you can plan for every possible thing that could happen during your driving test. But there are things you can expect, and train yourself to look out for.

You need to be alert and know how to react, from a car emergency stopping in front of you, to a child running out into the road. Do not let your guard down. By anticipating other hazards such as changing speed limits, oncoming traffic and zebra crossings it means you can be prepared, with safe reactions becoming second nature.

We know driving tests are nerve-wracking, but if there’s anything you can do to calm your nerves, give it a go. That could be breathing exercises before and during your test or just being extra prepared.

It's important you relax as much as possible, so you can focus on the roads and make sure you show the examiner the best of your abilities.

To help, World Driving have compiled their tips to passing your driving test first time in 2020 in a video here:

No matter where you take your driving test, you are going to need to practise as much as you can to avoid making mistakes. But from getting your provisional to the day you pass your test and are ready to hit the open road, GoCompare are here to help for all your driving tips and car insurance needs. For the best learner-driver apps to download, check out our guide.

Preparation is always the key when it comes to tackling any challenge. But there's no harm in looking at extra ways to boost your chances, and choosing a quieter route can keep your nerves at a minimum.

The most common reason for failure in driving tests is responding incorrectly at lights. At busy junctions, it's easy to lose your concentration when surrounded by different distractions - choosing a quieter location is a good way to limit this risk. To make sure you're prepared, try to practise in a variety of conditions. Once you've chosen your test centre, drive the routes as often as possible, so you can get used to the trickier roads.

Teaching a learner to drive

Psychology and your driving

Cost of getting on the road