Find out how the Financial Services Compensation Scheme (FSCS) could protect your savings if a financial firm collapses, and when you might not be covered.

The Financial Services Compensation Scheme (FSCS) is the UK’s statutory compensation fund that was set up to help savings customers who become the victims of banking collapse. FSCS describes itself as “the compensation fund of last resort for customers of authorised financial services firms”.

If a financial institution becomes insolvent or ceases trading, and you have money in an account there, FSCS should be able to refund you some, or all, of your money.

How is FSCS funded?

FSCS is funded by the financial services industry. It’s independent from the government and isn’t funded through tax.

Every firm authorised by the UK regulators - the Financial Conduct Authority and the Prudential Regulation Authority - has to contribute to the fund.

Deposits cover with the FSCS

If you have money held in a UK-based bank or building society that becomes insolvent, you should be covered by the FSCS and able to claim compensation.

It doesn’t matter if the money’s held in a savings account, ISA or current account - it’s all covered as long as the organisation it’s held with is authorised by the regulators.

The limit you can claim is £85,000 per person, per financial services firm.

Whether the banks each offer separate compensation limits depends on how they’re licensed. As an example, RBS and Natwest are related, but you would get a separate £85,000 limit with each if you had accounts with both banks. Halifax and Bank of Scotland are also linked, but because of the way they're licensed, you’d only have a single £85,000 limit if you banked with both.

You can find a full list of registered banks, and which brands come under the same umbrella, on the FCA website.

From 3 July 2015, FSCS increased cover for temporarily high balances. It's to cover things like an inheritance or a redundancy pay out.

Deposits up to £1m can be protected for up to six months from when the amount was first put in your account.

Because the FSCS is per person, each holder of a joint account receives the £85,000 limit. So, a couple with savings held in a joint account would be protected up to £170,000.

In July 2002, FSCS protection was extended to cover claims by members of credit unions.

If a credit union becomes insolvent, members with current account and savings balances will be protected in the same way as they would if they’d used a regular bank or building society.

You might be able to claim some compensation from FSCS, under the right circumstances. But you’re not protected in the same way as a bank if the firm goes bust.

They’re expected to be upfront with you about how they’ll handle falling into financial difficulty and have at least £50,000 to buffer any problems.

Compensation
Depending on your circumstances, you could get up to £50,000 in compensation. But this is only if you got bad investment advice, rather than your investments performing badly. You can find out more about the criteria for compensation on the FSCS website.
If you lend money through a P2P site, it is NOT protected by FSCS. It’s an investment, so has no protection unless you acted on bad investment advice.
Cash you haven't lent
P2P lending sites have to protect your cash.  That means, if the lender goes bust, they can’t use either your cash or money on loan, to pay its debts. Plus, your cash should be held elsewhere. For example, with a high-street bank or in a client account, where FSCS protection will apply if the firm fails.

Other types of loss the FSCS protects

FSCS covers mortgage arranging, advice and intermediaries. You could be compensated if you got incorrect mortgage advice that resulted in you losing money. The firm has to have gone out of business, and claims can only be considered against authorised companies.

If an authorised insurance firm is unable to pay claims against it, for example because it’s gone into administration, FSCS may be able to compensate for outstanding claims and/or the return of premiums. FSCS might also be able to arrange the transfer of insurance business to alternative companies.

The date the firm failed affects the protection you have. Since 3 July 2015, you either have 90% or 100% protection, depending on the type of insurance you have.

If an investment advisor can’t pay any compensation claims raised against it because the business has failed, FSCS may be able to compensate you. The firm has to be regulated, and you can only claim for bad advice, rather than poor investment performance.

FSCS can compensate you for lost pension funds if your pension provider goes bust. As with all types of FSCS compensation, it only covers authorised companies.

How much it'll cover depends on:

If your pension provider fails after 1 April 2019, you’ll get 100% of your claim with no upper limit. For self-invested personal pensions (SIPPs), or bad pension advice, it’s £85,000 per person, per firm. Compensation levels are lower for firms that failed before this date.

How to use FSCS services

If your bank, building society or credit union fails, you shouldn’t have to do anything. FSCS should contact you and handle your claim.

If you have a problem with a different type of financial services firm, such as an insurer or mortgage broker, you may need to submit your claim by contacting FSCS directly. 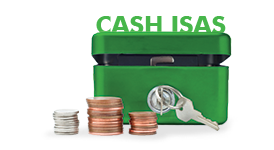 How long will claims take to be paid?

In most cases, FSCS aims to pay compensation within seven days of a bank, building society or credit union failing. More complex cases have a time limit of 20 days.

For claims against other types of firms, such as investment firms or insurance brokers, FSCS aims to resolve claims within six months of your claim submission.

What the FSCS doesn’t cover

The FSCS only covers companies that have gone out of business. If your financial services provider hasn't failed, you’ll have to take your complaint to it directly.

The FSCS also doesn’t cover companies that aren’t authorised by the FCA, which may be the case for offshore banking providers - although they may be covered by compensation schemes within their home country.

Claim directly with FSCS, for free

Never pay to make a claim from FSCS. If you’re contacted by a claims management company (CMC) offering to help you claim for a fee, it could be a scam.

They’ll charge you to make a claim, when you can make one for free with FSCS. You won’t get your compensation any quicker by going through a CMC, and it could cost you thousands of pounds.